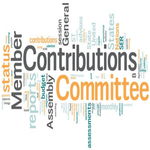 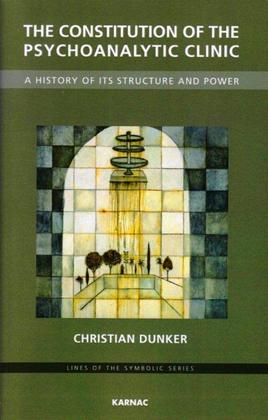 Christian Ingo Lenz Dunker is psychoanalyst in São Paulo, Brazil and full professor of Lacanian Theory at the University of São Paulo. He is Analista Membro de Escola (A.M.E.) da Escola dos Fóruns do Campo Lacaniano. He published several books and articles around the structure of the clinic in psychoanalysis and some articles about psychoanalysis and critical theory. 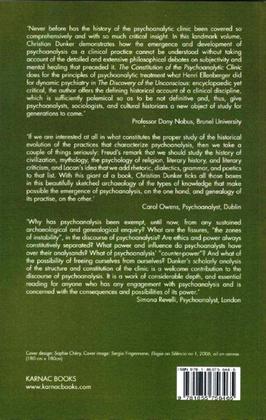 Psychoanalysis and its time

In Greek we have three expressions that can be equally translated as “words” : mithos, logos and epos. Each one of these expressions reflects a different temporality. Mithos is a word without author, a word of immemorial origins, which because it belongs to everyone, belongs to no one. Mithos is something that is said beyond the “sayer,” in a circular form in such a way that what comes first can be posterior to what comes afterwards. It is the ça parle (it speaks). Logos is another type of word. A universal word, a word that overcomes the time of its own enunciation. A word that has a logic that aspires to the truth, in “half-sayings.”

Epos – origin of terms like epoch, epic, and epochal – refers to the spoken account and to the narrative. The recitation of epos can be done through an old discourse and even in an archaic or foreign language. But it is an indirect discourse, between quotes, that presents itself not only for the chorus, but also to the spectators. Traditionally, epos refers to the origin of a person, community or group1, but according to the one that tells it. Lacan criticizes the degradation of these two forms of the word in modernity. Mithos stops being a collective word and becomes an individual myth of the neurotic. Logos stops being the ambition of truth and becomes universal knowledge. Mithos and logos “parasite” epos in such a way that we cannot even recognize the value of this type of word. In a certain way everything becomes epos. For that reason, to think in psychoanalysis in its time becomes a task as simple as it is unexecutable.

To think about the time in which one is, in principle, is a task as unexecutable as one can imagine to take epos as evidence. The only ones who are capable of puzzling over the traces of epos are those who know themselves to be exiles. They are the elders, the children, the foreigners. They are the ones who practice what Valéry called delusional professions : “those who have the courage of wanting something clearly absurd.” It is known that one is getting old when suddenly terrible expressions start coming out of our mouths, such as : “in my epoch … ”or “in my time … .” In other words, an epoch is aprehended excentrically. As St. Agustine use to say, “When people ask me what time is, I don’t know, but when they don’t ask me, I know.” The elders left this weird obsession of belonging to their own time ; they experience time from a distance. Equally for children, time – their time – functions as a horizon. A sentence by Lacan says : “Let whoever cannot meet at its horizon the subjectivity of his time give it up then."2 In other words, to reach their horizon and not simply to belong to their own epoch. This cautiousness related to the empowerment of the subject’s own time seems to depend on the recognition of the opacity of time.

Therefore, psychoanalysis in its time must not be reduced to knowing if she is the daughter of modernity or of post-modernity, if she survives the end of the great narratives or if she is included in the society of spectacle. If she is the inheritor of the practice of confessions and “disciplinarization” of bodies or if she is included as a form of repressive familiarism, phalocentric or universalist. If she is a lay form of religion or an inefficient theurapeutical technique. If she offers the biological basis for a possible neuroscience or for logical fundaments of a theory of cognition and of language. If she is progressive or conservative. Such debates are important and characterize the position of psychoanalysis in an epoch. It is expected that from it a diagnosis could be extracted : Is it possible that psychoanalysis fits in this time ? Wouldn’t we be outside of this time, as cocoons or social fossils from an outdated scientific experiment ?

… Those debates suppose a certain notion about what becomes an epoch and along with that a proper economy of what time is. The time in which one finds oneself or from which one is excluded. Upon “pre-sensing” that psychoanalysis is a victim of an unprogrammed obsolescence, we are making ourselves belong to our time. An epoch which is lived with delay and outside of time, that which is new occurring in another place. But in belonging to this time, in belonging too much to this time, we stop situating ourselves with epos as a starting point. The hegemonic narrative of this question identifies our time with what really is happening, in other words, with everything that is able to generate or to be presented as new. But the obsession with the new, as it was already observed, became an old obsession. Here enters into the scene what I call the new psychoanalytic conservatism ; in other words, the argument here is that caution is required in relation to descriptions present more or less in the media of our epoch, prudence in the face of the great massive diagnoses about culture, about art, about science and about society. This is true in an epoch marked by the sensation that there is a great event in progress, somewhere a big party is happening, from which we are always delayed or excluded. There are two more simple strategies, I would say, reactive toward this discontentment :

(a) To say that what is most radical in psychoanalysis is that it she is content to remain as she is : as an old lady. She affirms the value of the experience against the living of it, the importance of desire against depression, the importance of the law against jouissance, the strength of ethics against the world of technique, the long time of an analysis against the rapid cure of men made in a rush. The proof of this is that she survived despite her anachronism.

(b) To say that what is most radical in psychoanalysis is that she is update-able. Here she shows up as an Enfant Terrible, the naughty boy of human sciences, the unique practice at the level of the communicative action (Habermas), the redoubt of a stylistic of existence (Foucault). She is update-able just because she was ahead of the dawn of modernity. She was always prophetic : the role of sexuality, the critique of the functioning of the masses, the segregation inherent to the expansion of the common market, the recoil in the face of utopia and social planning.

I say that these two positions represent the new psychoanalytic conservatism, as much out of irony that it has been already one hundred years that both solutions abound in the history of psychoanalysis, as due to the fact that both accept tacitly the thesis that our time is tangible, immediately tangible : it is only a matter of opening the newspaper. In this sense, she is perfectly in accordance with our epoch, which imagines itself to be transparent with her, that things can really remain the same even when full of changes. In other words, both one and another trust in the picture that they receive not knowing one of the most elementary rules of narcisistic functioning : between the picture and the one who intends to see him/herself, there is always a third place. A place to which we compete to produce a sovereign lack of knowledge or ignorance. While we measure ourselves in the picture – searching for the best profile and adjusting our position – we forget that our epoch was produced as a symbolic and discursive fact, also by psychoanalysis. Therefore, psychoanalysis is perfectly in accordance with our time, simply because she has contributed to produce herself. The question is to know whether she can leave her own epoch, in order to be able to find herself again. 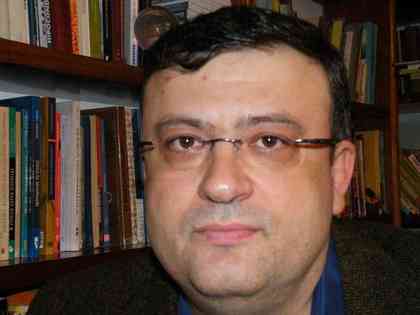